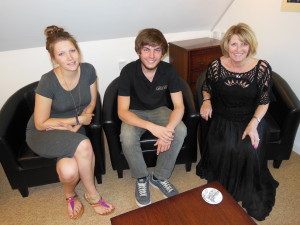 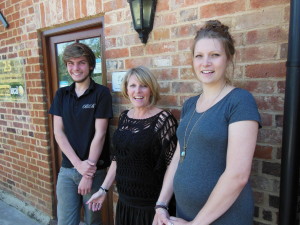 About Julie Austen and the birth of her ‘Elite Team’

As a member of the ICB Julie is required to meet their high standards.  She also holds a Diploma in Payroll Management under the ICB. In addition to these she is a member of the very highly regarded Sage Accountants’ Club. Membership of this gives BiB the use of their very latest Sage accountancy programs along with their invaluable award winning Sage customer support. More recently Bookkeepers in Buckingham have also teamed up with QuickBooks and though they currently have Bronze partnerships status we are hoping to very quickly achieve Gold membership status.

Throughout her bookkeeping career Julie has worked within many different fields giving her an invaluable understanding of the requirements of many different types of businesses. Her clients have included those from Porsche Repairs and Service, Plant Sales and repairs/service, Nursery (pre-school) providers, Engineering companies, several high profile companies based up at Silverstone Innovation Centre, The Legal profession, Marketing and many more from within the Building and associated trades.

After many years of working alone as a sole trader, Julie decided to take on her son, Laurie Austen as an apprentice, and within a short time it was apparent that they made a dynamic team and Julie ventured forward to set up Bookkeepers in Buckingham Ltd.  From that point Julie very quickly recognised that there was a huge gap in the bookkeeping profession; it was in need of young and fresh blood. Julie also set about finding ways of encouraging youngsters to take on the roles of bookkeepers within an environment that would provide a stable environment to learn, but also provide the stability of a family type of environment.

Julie has always been a perfectionist and the task of finding likeminded youngsters to fill the role of the bookkeeper’s she envisaged has been a long and arduous task. Bookkeepers are a very special breed. They must have very specials skills and traits that enable them to be the best.

But another idea begins to take shape, although bookkeeping was to be our main stay along with payroll; Julie wanted each of her employees to have an additional skill that they excelled at. This ‘extra’ skill was to be different in each of our employees, and that would mean that alongside our traditional bookkeeping support, each or our employees would have another line that we could offer our clients. This would mean that BiB was able to offer their client’s a fully tailored service to suit all the different needs of their clients.

At last year’s ICB Bookkeepers summit at the QE11 conference Centre in the heart of Westminster, Julie Austen was a guest speaker to over 600 fellow bookkeepers and gave a presentation called ‘How to make your Team work for you’.

Now, Julie is confident that she has almost achieved her goals, to create the perfect team of bookkeepers. ‘The Elite of bookkeepers’, so meet the team:

Laurie Austen has been the ‘other’ Director at BiB since its inception. At that time, he was 19 years of Age. He is now a fully qualified bookkeeper and to put his story we will use some of the words of an article written about him by a member of the ICB, and published in an accounting magazine. …..

Laurie Austen, 19, has injected a fresh approach to the centuries old art of bookkeeping at Bookkeepers in Buckingham Ltd (BiB).  His enthusiasm for financial management in SMEs and start-ups has helped turn around struggling businesses and reaped its rewards on a personal level. After leaving school, Laurie held a few jobs before changing direction and deciding to become a bookkeeper.

He successfully secured a job at Bookkeepers in Buckingham Ltd, and split his time between working and studying for the ICB Level I qualification in manual bookkeeping. Laurie said: “It took me about a year to complete the Level I because I was working at the same time.  I realised that the best way to learn was through experience; I didn’t want to rush the qualification, and I ended up getting a great result.” Seeing the numbers add up and balance out was really rewarding, and I realised that bookkeeping was a really strong career choice for me.” Laurie’s success saw him promoted to a company director, with a 5% equity share in the business and a company car.

“I am involved with a number of clients from different industries.  I work with construction companies, plant hire businesses and local hairdressers.  My work is really varied and each day is different.  I have great relationships with my clients; the guys from the construction company give great banter! “I obviously have plans in the pipeline that don’t just revolve around bookkeeping; I’d love to go travelling with friends in the near future.  However, I’m developing a really exciting and rewarding career that I can come back to at any point, whatever I decide to do whenever I decide to do it.” Laurie is a member of the Institute of Certified Bookkeepers (ICB) and is qualified to ICB Level II in computerised bookkeeping.