We are very proud to have received another LUCA Award this year – Taking our total up to 6!

Our very own Gemma Griffiths was shortlisted and subsequently the winner of Employee of the Year 2019!

Julie was also the recipient of the highest accolade awarded to ICB Bookkeepers, and was made a Companion of Honour.

And that makes 5… We are really excited to have won Employer of the Year, this year! 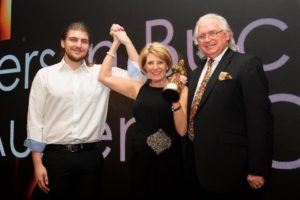 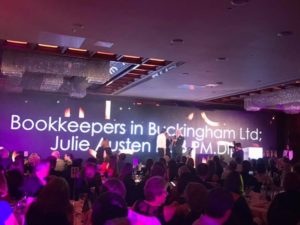 For the 4th year running Bookkeepers in Buckingham has been shortlisted for 3 major awards.

Whilst this year we did not win an award, to be shortlisted again is still an amazing achievement and an attribute to the fantastic status that Bookkeepers in Buckingham now holds in the bookkeeping profession.

Bookkeepers in Buckingham (BiB) does it again! For the 3rd year running we have been shortlisted for 2 LUCA awards. On a cold November night team BiB head of to the Lord Mayors House for the annual awards.
The winners of the 7th Annual LUCA Awards were announced at the ICB Global Annual Dinner & Awards Ceremony on Tuesday 29th November at Mansion House, London. The awards were presented by His Royal Highness Prince Michael of Kent GCVO, ICB Global’s Royal Patron.

The winners were:
Employed Bookkeeper of the Year: Rahana Iqball-Raffell, Bookkeepers in Buckingham Ltd

Rahana, or Rah as we affectionately call her, walked away with the 4th LUCA award that BiB has been awarded in the space of 3 years. Rah has only been with us just over a year but in that time has become fully qualified and is now an invaluable member of our team.

WINNERS of the ICB LUCA award Employer of the Year 2015

“We can honestly say that there isn’t anywhere else, or anyone else we would like to work for more.” (Team BiB) 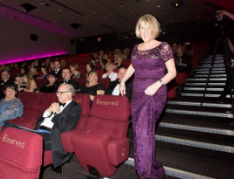 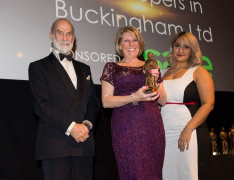 This year, clients have been effusive about the services he provides. Mr. S Wood, Company Director at ‘Autofarm’, wrote that Laurie had “assisted us tremendously” with a “smooth transition” to both Sage Line 50 and Dragon accounting software: “The service [he] provided is second to none”. 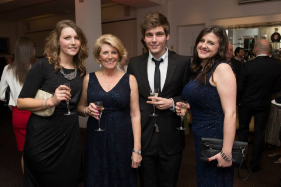 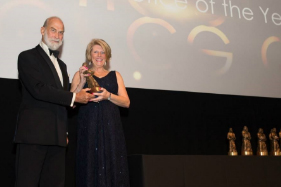 This much coveted and highly prestigious award was presented to Julie Austen on behalf of ‘Bookkeepers in Buckingham Ltd’ November 2014, by HRH Prince Michael of Kent.

For those of you not in the know here are a few words to enlighten you:

This is a Luca award for ‘best practice of the year’ representing the Oscars for bookkeepers!
The ICB Luca Awards are exclusive bronze statuettes of Luca Pacioli, the Cistercian monk who is credited with inventing the process of double entry bookkeeping. Luca Pacioli’s 1494 book, “Summa de Arithmetica, Geometria, Pproportioni et Proportionalità” contains the first written record of the process and warns of the need for good record keeping;

“If you are in business and do not know all about it, your money will go like flies, that is, you will lose it.” 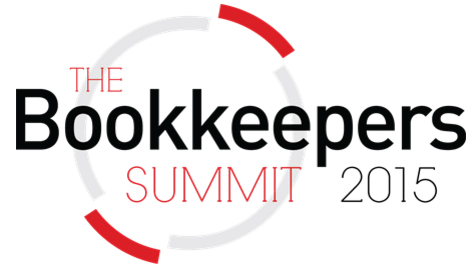 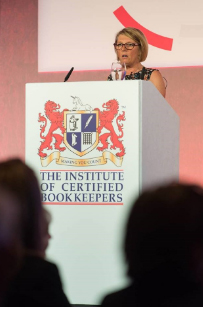 At the 2015 hugely successful Bookkeeper’s Summit, Julie Austen, Speaker and Member of ICB, was warmly received by her peers, as they waited eagerly to hear from one of their own.

Team BiB have been winning the pres[...]

This website uses cookies to improve your experience while you navigate through the website. Out of these, the cookies that are categorized as necessary are stored on your browser as they are essential for the working of basic functionalities of the website. We also use third-party cookies that help us analyze and understand how you use this website. These cookies will be stored in your browser only with your consent. You also have the option to opt-out of these cookies. But opting out of some of these cookies may affect your browsing experience.
Necessary Always Enabled

Any cookies that may not be particularly necessary for the website to function and is used specifically to collect user personal data via analytics, ads, other embedded contents are termed as non-necessary cookies. It is mandatory to procure user consent prior to running these cookies on your website.